It was something that came natural to you but then one day it all changed. Time to go back!

I remember a day when you could wake up and just be YOU! There were no putting on airs, just a carefree bundle of joy frolicking about and loving everything life had to offer.

Do you remember those days? They were there at one time, you were an infant running around loving life and having fun. Then something happened. Between the ages of 5-10 years old you started to discover your body more and listen to those around you. Perhaps we were introduced to what was right or wrong. You learned by watching how others treated themselves and viewed the world.

Things started to change. No longer was everything beautiful. There were rules and conditions on things. You were introduced to judgment, ridicule, criticism and people starting to put values on what was beautiful or not.

You started judging and with an attempt to fit in you began to question yourself. Your existence was longer enough to be loved. You started to learn there were conditions to fit in and be accepted. People would be saying things about someone else and you started to ask yourself if they thought that way about you too. Then you started noticing people being different and putting your opinions and beliefs on them. Before you knew it the innocence of that young child had vanished.

The child has grown up and became a person with hand me down beliefs from those that loved and cared for her, she has become critical of herself and others and no longer sees people or herself for who she is, but who she believes she is supposed to be.

The notion of beautiful has gotten marred by years of conditioning and propaganda that is all wrong and it is no longer enough to just “Be” but to “be something more than you are”.

Know that it is all wrong! The only thing that is important is what you learned as a young child and everything else was a poor attempt of fitting into a society that lost its eye for sheer beauty.

Be YOU and know that being you is Be YOU (tiful)! 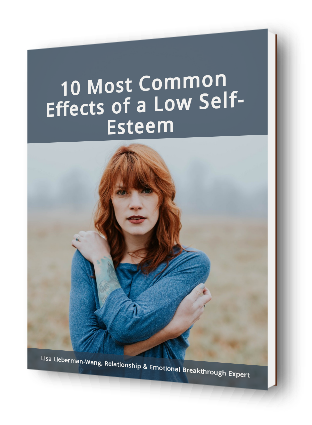 Curing Insecurity And Low Self-Esteem At The Same Time